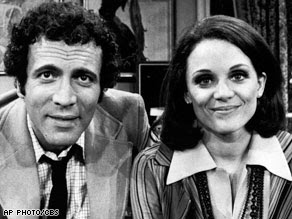 1. whether or not to buy the yellow house
2. whether or not to get cable
3. whether the mud will melt off the dogs in the kitchen
4. where to put all the sweaters
5. how that is the best title for a book ever.
6. when the actual divorce will be fina ... 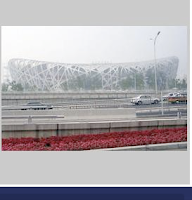 I dreamt about Angelina and Brad again last night. Brad, he likes to build. He believes architecture has redemptive, noble qualities. To be honest, my dream was probably inspired by the fact that I'm looking into building a Katrina Cottage, and, rightly or wrongly, his name will forever be associated with the push to rebuild New Orleans and create architecture that has meaning and value as well, including the Katrina Cottages, a great example of pastel-sided, front-porch vernacular that's done so well, Lowe's has developed it into a national product.

But since it's also the opening day of the Olympics, I flashed on the National Stadium in Beijing, another example of architecture so interesting (even to a layperson), you can recognize it as an attempt to build meaning and value into the structure. It exemplifies another kind of vernacular here: humans thinking about space and governments and tensions in a society, a vernacular of the individual and the national and how they work together.

Okay, turn away if you want to. Meaning? Value? Oy vey. It's 8 a.m. on a Friday and you'd rather think about Michael Phelps, or Dara Torres, with her 24-pack abdomen and whip-slim, age-defying hips on the cover of TIME. Or not about the Olympics at all. Or you're thinking, China, they are so BAD. They are so mean to their people. Look at all the people who were displaced by this huge nasty commie effort! Look at the what they did to poor Tibet!

But the I.O.C. voted to have the Olympics in Beijing. The I.O.C. decided they'd had enough of the postwar Jim McKay-voiced red-, white- and-blue de facto dominance on the world stage of international athletics. China knows how to put on a show, after all. What culture gives better banquets? So instead of leary-eyed U.S. of Hey Patriotism that grated on the rest of the world, we'll have a giant banquet of hundreds of marchers in color-blocked formation, and great swaths of red and gold, and those adorable little gymnasts, and sure, the back stories.

So bear with me. The stadium's nickname is the Bird's Nest. It was designed by a team of Swiss architects, Jacques Herzog and Pierre de Meuron, assisted by the British engineering firm Arup.

It is actually remarkable. Architecture always means something, which is why, so often, it's maligned. An over-intellectualizing of something really simple: Put up a roof and walls. But we are human and we have brains and sometimes, we're going to use them and get it right. I keep grabbing you, dear reader, by your collar and saying, listen. Listen to Brad, at least. And here, Herzon and de Meuron did something noble and great. They created this elliptical, asymmetrical, porous thing that seats 91,000 people, and even in photographs, even in video, even in Google maps I can't stop looking at it.

There it sits, up on a manmade ridge in the northern part of the city that looks at once open and closed, stressed and flowing, rigid and soft. It's like a giant doughnut in a maze of steel trusses, held down like the giant in the fairy tale. The tensions between its beams and all that steel latticework, the way the roll of the roof is kept in check by the network of trusses over it, has an emotional effect: on the one hand, a sense of being held tight (and there, if you must, consider China's immensely repressive stance and force with its own people), and on the other, a sense of swelling, of growing right up against the very forces that would contain it. (Hello, 21st century, have you met China? 'Cause it owns you.)

There's so much more to say, but in the confines of a blog, I'll be spatially appropriate. One more thing, however, about its asymmetry: In the way it's higher on one side than the other, it seems to be tipping its hat. 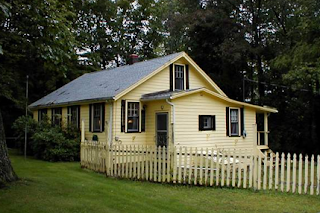 One wolf lived on the porch because she couldn't see the steps anymore to climb down. She lived inside a plastic igloo an heiress had donated. One wolf liked to sleep between the refrigerator and the wall, which they thought was because the vibrations of the old compressor were like the sound of other wolves sleeping. One wolf, the biggest wolf of all, lived on the mound of clothes next to the bed, which prevented them from ever doing all the laundry. But there was always too much laundry to ever be all done. This is fiction too.

Sometimes I think the connection we have between us all is fiction. We make it up. Sometimes we're so good at the story we forget it's a story. Then something happens, breaks the skin apart, and we see what's underneath. Not fiction, then.
Posted by . at 8:27 PM No comments: Links to this post