Simply didn't realize there were so many white things in the luncheonette. It's a tricky shade — very nostalgic, a bit of a blank slate for your past-decade imaginings. But so hard to keep clean. As to wearing it after labor day, that's in the matching bag and shoes category. If you're really dressing the part (in vintage drag), sure. Mom knew all those rules. All those great ladies knew those rules. 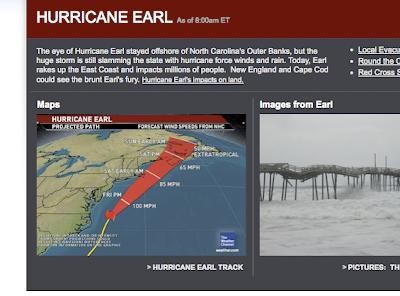 this from weather.com this morning, a beautiful confluence of natural and grammatical disasters. Typed verbatim.

but the huge storm is still slamming the state with hurricane force winds and rain. Today Earl rakes up the East Coast and impacts millions of people. New England and Cape Cod could see the brunt Earl's fury. Hurricane Earl's impacts on land.
Posted by . at 9:05 AM No comments: Links to this post

Labels: AND THOSE OF YOU WHO KNOW ME CAN FIND THE TELLINGEST LINE, disaster, impact 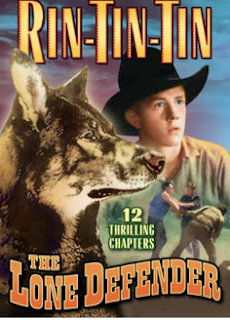 I have a goal of 4 pages a day in order to finish the novel by the end of October. Okay, say mid November. The year begins today and ends on Thanksgiving, in my mind. Lately I've met the goal by hammering out 4 pages of triplespaced-narrow-margined-throw-in-another-line-break text. Text with stretch marks. But since I'm crashing headlong into my birthday I'm determined to meet the daily quota.

So this morning I was trying to write a scene in which the wolf, the old male patriarchal geriatric wolf, is trying to deal with the endless presence of the woman, the young, curly-haired, not-entirely-close-to-nature woman who has nevertheless cast her lot in with a bunch of close-to-nature types. I'm giving a lot away here, kind of, so sorry. But the scene has not been going well. It has run aground a number of times. The wolf and the woman really don't have a way to communicate. This is not a mystical rocky mountain high fantasy I'm writing here, it's a skewed tale that presumes very little. That's what I seem to do. But the scene has no been going well.

And this morning what bashed the fragile wisp that is fiction writing's delicate eggshell head into the distracto wall was one of our dogs. Canis germanus fangus biggus distractus. Specifically, the male patriarchal dog. The father of litters that includes amazing working dogs who have successfully done all sorts of Rin Tin Tin-like things.

Papa is a big hero dog in own right and has accomplished many titles and numbers and certificates and honors, and has giant saucer eyes that would, if they could, speak volumes.

This morning as he lay on the kitchen floor he decided volumes had to be spoken.  He tried, over and over again, to get my attention — dramatically jumping to his feet and whining if I did so much as shift in my chair.  When the writing is not happening I tend to shift a lot. So there was a lot of canine activity happening as well. We fed on each other in that strange reciprocal feedback loop called getting nothing done because we're getting nothing done. Eventually his whine successfully pitched his needs in my direction, right into my brain, at peak velocity, where it ran around, chasing my words into the dark corners to huddle and wait.

This is entirely natural. It is as natural as the way I abuse metaphors daily. He is a working dog. He has ideas and drive. I am a working writer. I have ideas and drive. What was driving me this morning, and not fast enough, was the idea of a wolf trying to deal with a human. The wolf, in this story, came first in the cabin they live in. How does this wolf assert its territory? He pisses on things. He was taking aim at her down coat (specifically L.L. Bean ripstop navy blue nylon, a leftover from her early college days) when the whining turned to barking. It turned out, of course, that Papa needed to go out and take a piss. So who, I wonder, looks the dumbest here?

I have yet to get back to that scene. The time is now. arrivedoggi.
Posted by . at 11:49 AM No comments: Links to this post

2. I have not, actually, grown out of jackets like this.


But I am more likely to wear one like this, though it may not fit as well with a womanly shoulder/hip ratio.

But the boyly-girl thing stays with me deeply influenced by college roommates who effortlessly sported  undershirts, thrift-store old man's trousers and oxford shoes, looked absolutely perfect, quoted Jean Genet and called each other Stick. And it happily keeps coming back into style, as trends do that have the strange byproduct of encouraging fogies to not evolve with their age. Lately, it's oxford shoes like these, from the 1980s.


Or these, which are not only super-cheap (take that, fashionista commenter) but would look fantastic without the spikes.

or these — marvelous workshoes, so the boy-girl thing redoubles — first as utility-style, then as military-civilian. Which is, of course, perfectly appropriately current. Which means, apropos of not evolving, that I can dress exactly how I did in 19-ought-eighty-when. And I will have evolved, magically, anyway.

Vintage is so — effervescent — that way.


All these shoes are making me hungry, naturally. Time to get the griddles going and make some scrambled eggs.
Posted by . at 8:21 AM 3 comments: Links to this post

1. about 2004 or or 6 or so it started.
The impact issue is not a new one. even back in the days of my furiously grammar-policing mother (who in the middle of a heavy discussion would correct our perpetual confusion of "I" and "me" and then obsessively redirect the topic back to why we might still, after so many years in good schools, be confused), there was a veer toward the awkward use of impact as a verb. It seemed to begin in bureaucratic stations, on the local government level:

We are planning an initiative that aims to positively impact on our constituency.

At least in that case, the clunk over the head of the misused verb was somewhat tempered by the frill of a long-syllable adverb.

And then my sister, who I adore and who can do no wrong in my eyes, and who works in the high levels of city government administration, began using it. So it was clear that it had inserted itself into the workaday vernacular:

The closing of that agency has impacted the surrounding area.

No tempering modifiers here. By 2008 (my sister was promoted once again, deservedly so; our mother was no longer, undeservedly so), media behemoth CNN had come up with this snazzy T-shirt for A. Cooper: Impact Your World.

I could hear my mother grumbling up in the sky. Low but persistent thunder. The thunder only a high school valedictorian can make.

I hadn't remembered it was 2008 until googling (a later topic) "impact as a verb." I found Grammarsnot. 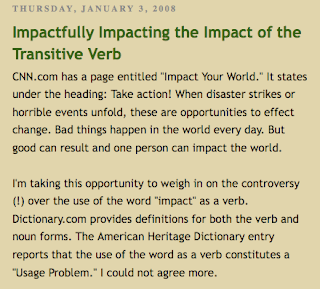 The Chicago Manual of Style (which I've often used for editing books, as it has tends to have a good impact on many a nonfiction manuscript and authors can't always argue it away) has a section for impact under Good Usage vs. Common Usage. When I renew my subscription, I'll troll through it. But posted within the second edition of Common Errors of English Usage, I found this entry:

You risk offending more people by using "impact" as a verb than you will by substituting more traditional words like "affect" or "influence."

Does anyone, however, still care about offending? My mother often asked, Do you two even care that you're using me and I wrong? By about the age of 23 I was struck by the double meaning of my confidante complaining about the sloppy execution of my complaints. But does offending even mean what it used to be? It is often used as a noun (repeat offender) as an indicator of porn (offensive) or a flung-out descriptor of so-called "left-wing brainwashing" — which I put in quotes so you do not misconstrue my own leanings — (he is offending our very constitution). Bah. The margins have so weakened that the idea of offending has as well. And CNN has not changed their narcissist's blowj*b fantasy of a headline. I think the battle to save the world of verbs from clodhoppers like this one will soon be lost, not to negatively impact your day.
Posted by . at 7:24 AM No comments: Links to this post 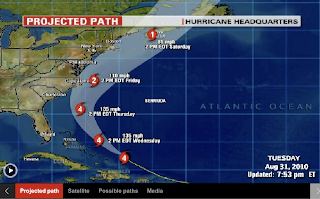 1. when exactly did impact become a verb

2. when did I grow out of jackets like this

3. why does wearing shoes like this make the Mobil station man call me Mrs. 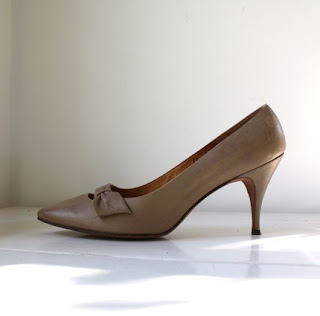 4. is Earl really going to impact the northeastern seaboard

5. will the mountains protect us or will water come right over top of it (as they say around here)

Labels: AND THOSE OF YOU WHO KNOW ME CAN FIND THE TELLINGEST LINE, catskills, disaster, etsy, luncheonettevintage, THE BOOK 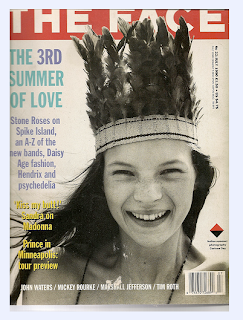 a great fashion photographer who had the foresight to change everything just when it had to change. 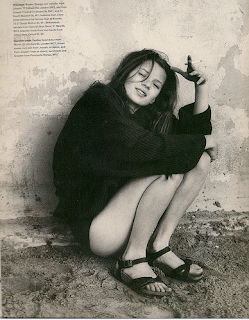 life is too short.
[pix: libertylondongirl]


And in her honor I made an etsy treasury, a bit cheeky, a bit tawdry, a bit insider joke, a bit sweet. 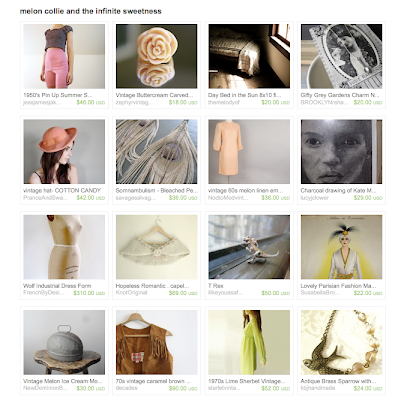 You can find all the items here.
Posted by . at 5:05 PM No comments: Links to this post

Etsy wolf item of the day 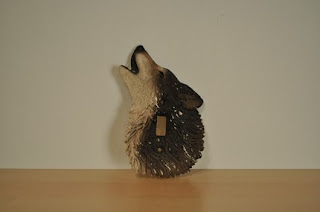 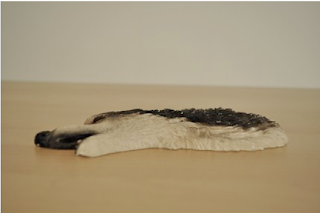 and the view that works like a metaphor, more so.
Posted by . at 12:18 PM No comments: Links to this post 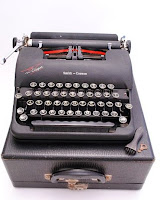 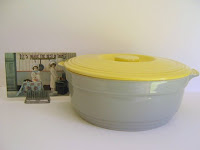 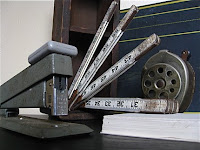 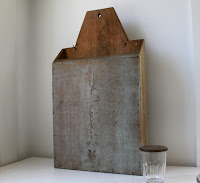 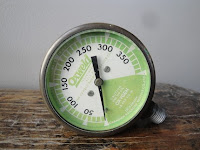 Everyone's asking about you 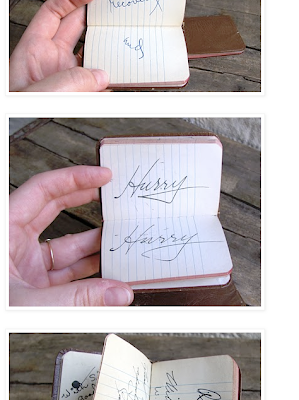 Sarah over at GoodTwinBadTwin featured an amazing message written in some vintage notebooks. She's also the purveyor of MouseTrapVintage, and has great stuff, a great eye, all that. But these notebooks do something else. They are so heartfelt. What's written:

Just when I have decided there really is no connection between my obsession with vintage and my fervid workings in fiction, one appears. The notebooks, having been clearly used and touched, become more than little vintage objects. They're domestic artifacts; treasures of an intimate archeology — if only I knew more. I can roll my brain around that writer's habitrail for hours. And there was another connection today as well: a treasury by Alyssa of BrooklynRehab (another super shop on etsy) that did another wammy on me. And I'm sure I scare everyone away, since when I'm inspired, the prose just literally flies like shit off a fan, and the etsy-quette on treasuries is that you say something about them if you can. So I did. The words, they have a life of their own. I wrote something about mist and sepiatone. But that's a good thing, my friends, since it mean's the blood is flowing, which means I get the book done sooner, before the guillotine of I can't comes down. BrooklynRehab's treasury below: 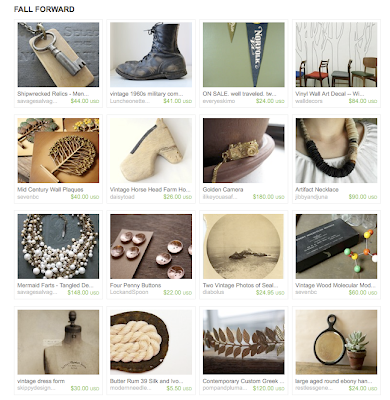 And since the other news I follow, the fate of wolves in the world, is neither as inspiring or as rosy, and I seem to be perpetually throwing donations towards the wolf savers, as if I am actually helping, which perhaps I earnestly am. No offense to earnestness. And certainly no offense to wolves.
Posted by . at 7:34 PM 1 comment: Links to this post