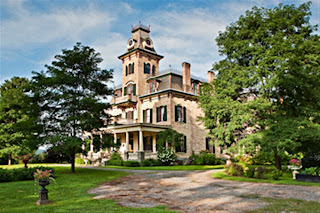 Imagine if you lived here. 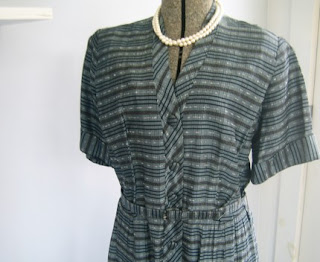 Last year Jennifer May, the photographer, dragged me out to the deserted train cars on route 28 for a photo shoot. she's got that powerfully comforting power of a photographer who can Get You To Do What She Wants about her. Vital for a photographer. And I began to move in and out of the old cars, forgetting about the mess they were and thinking about how they might have been in my father's time. He loves trains. And he loves photography. And it's a bit uncanny, now, thinking about it. I haven't even shown him the photograph yet.

Jennifer and the writer and playright and major prime mover up here, Nina Shengold assembled photos and portraits of a whole bunch of writers up here for a book, forthcoming. River of Words. It is a powerfully comforting title. They are both comfortingly powerful women. Glad I got on that train.
Posted by . at 9:41 AM No comments: Links to this post

Maggie is writing a novel set in 19th century NYC, among the girl gangsters. She read from the second chapter, which was marvelous. Peter Aaron read a story from his ultracynic days and a great piece, a really powerful piece about the Bad Brains. Tony Fletcher read from his fantastic book on music in NYC, 1927-1997, and then a hilarious and too spot-on scene from his novel, Hedonism. The 80s art scene, the anchorage, an on the make art dealer. I read chapter 1 from the new book. It went over well. And it ends terrifically for reading a loud, with the words Thank You.

I am reading on November 29th with Maggie Estep, Peter Aaron, and Tony Fletcher at Inquiring Minds, Saugerties, 4-6 pm. Call it Attack of the East Village Warriors.
Posted by . at 12:09 PM 1 comment: Links to this post 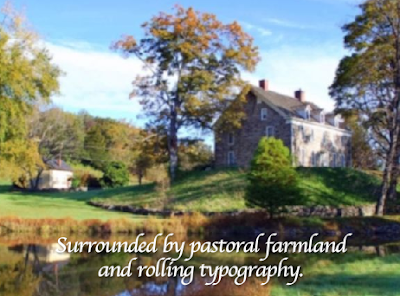 It has to do with rolling typography. 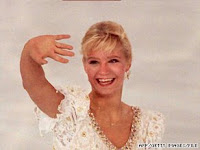 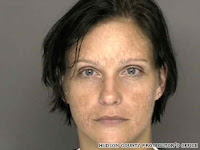 
A plastic tub of dried cranberries sits on a cake plate. The cranberries are from Dix Hills, NY. Tke cake plate is from Bay Ridge, Brooklyn in the 1940s. And so the world turns. The whole Michael Jackson thing. The site of a giant person in stripes laying flowers at a memorial. And Nicole Bobek. An Olympic figure skater caught up in a meth ring in Hudson, NJ. That makes sense to me. Extremes beget extremes.

My goal this year has been to avoid those extremes. To avoid the panic of the soul at the sound of an amazing song, that fight or flight impulse it always dredges up. And then I hear something like Panic Switch (Silversun Pickups) and there it is again. Circle of 5ths, circle of fate?
Posted by . at 6:26 AM 2 comments: Links to this post

the most amazing reading at Barnes & Noble that you could ever wish for
for a hundred reasons
including all the people in the audience
who understood how a white girl fiction writer with an edge and a flair for drama
and a latina poet and artist
could be completely the same
Posted by . at 2:54 PM 2 comments: Links to this post 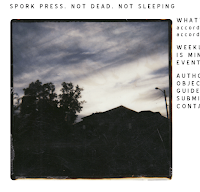 Is Mink Hollow is up on the resurrected Sporkpress. Those southwestern boys, they do a beautiful job.
Posted by . at 7:07 AM No comments: Links to this post

Labels: AND THOSE OF YOU WHO KNOW ME CAN FIND THE TELLINGEST LINE 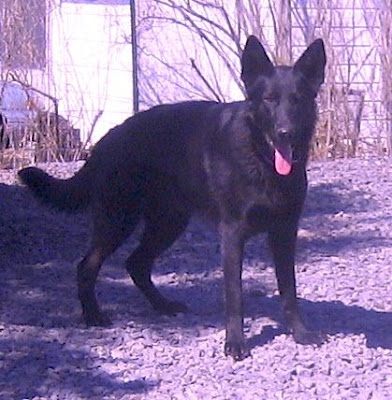 
People who've gotten in touch lately: the amazing artist J.D. King, whose illustrations you've seen a lot more than you may know -- and whose work spawned the whole genre of retro-linear abstracto-geek, and Linda from Glimmer Train, my original favorite literary magazine. Long ago they published "Hope" and got me started. Thing was, I nearly didn't send it. Then I didn't think clearly enough to delineate it as meant for their fiction contest. And then she called me, to straighten it all out. That's what makes them a cut above as you might say in copywriting. They really care. But it doesn't stop them from publishing great stuff.

Then they used an illustration that was uncanny because the woman in the illustration looked exactly like my grandmother, who had only recently passed away. So there. They are with us, always. My mother is watching me right now, from her painting. I'll show you. 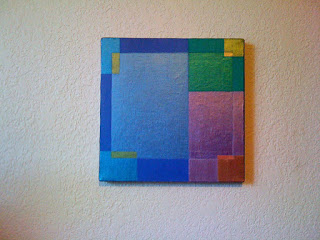 And the SPORK weekly fiction column is starting back up: the doctors in Tucson have reconnected the crying monster and got him up on his booted feet again. And there is The Lifted Brow, a magazine in Australia doing this issue on geography -- and they are a magazine with a lot of great ideas, like the furious horses month, a story a day by Christopher Currie. For the geography issue, you:
1. Pick a country.
2. Send us fiction or nonfiction, a song, or a comic based on that country. The relationship of your piece to the country you pick can be as real, fake, or loose as you want.countries of destination,

and I have this idea, because I am genetically nomadic. 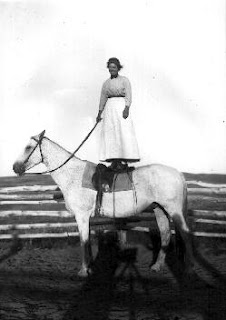 And there is the novel, which refuses to get off the highway and is committed, gritted teeth and leaky radiator and all, to making the trip. Yesterday was the annual pilgrimage to Sonoma County to meet the students at the Hutchins School and explain how to write. Explain. How. To. Write. Explain? How? To? Write? You can't. But we had a great two hours. They wrote, in an awful room, about the awful room. They did everything right. I applaud them. More to come on all the breaking news, Mordechai. I am gone back into this good world, purple-washed dog with yellow legs you can only see up close.
Posted by . at 10:24 AM No comments: Links to this post

Labels: mother, THE BOOK, The novel, THE SHORT STORIES, The Shorthand of Faith

Mid-March update
(because ever since Mom passed away in the beginning of March, and Dad called it the ides of March, one of the rare times he actually said something really sucked, because he is a gentleman and does not say such things, but this time he said this is a real bummer, I can't do much writing then. In her honor, I stare at her paintings, and be wry, and read newspapers, and get a croissant and coffee. In her honor.)

1. Did not get the yellow cottage. There was a crack in the foundation and the bank could not underwrite the loan. I immediately relished the metaphor and forgot about the loss.

2. Have been writing the novel. It is becoming satirical. That makes me nervous. But the book can't help it.

3. Did a reading with Luc Sante, Mimi Lipson, and Jon Bowermaster in Saugerties. Forgive me for not posting it. I was too busy getting ready.

3a. At the reading, read from the new novel, but not really a satirical part. It seemed to go well. People were sad about the yellow wolf. I immediately relished the misunderstanding because the wolf is actually a white wolf but it's really dirty, having lived a sad and dirty life. And I created this misunderstanding. It made me feel a little godlike in a very bad way.

3b. A man asked me whether I was worried about reading from an unfinished work. I pretended not to be.

4. I am reading at BARNES & NOBLE on APRIL 17th with Tanya Torres, an amazing poet and artist and all around strong spirit. She seems to beat to the color red.

5. I am heading to California next week to do the annual pilgrimage to the students who read my book.
Posted by . at 4:37 PM 1 comment: Links to this post

Deeply hopeful for the new year 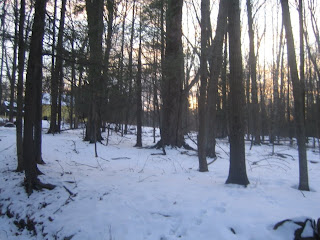 Backyard of the dream house 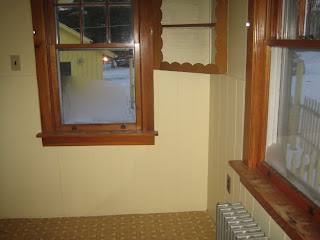 Corner of the kitchen of the dream house 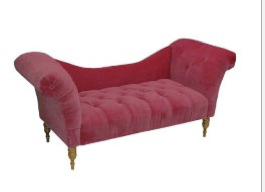 Cherry-red chaise velvet chaise lounge for the living room of the dream house
Posted by . at 2:26 PM 1 comment: Links to this post 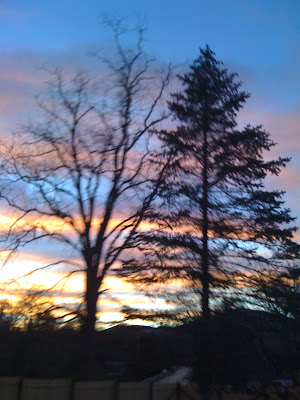