Today is another delicious writer's marathon, the COTA readings at the Walloon Church in New Paltz. Twenty minute meals of poets and fiction writers and writers of other ilks, boom boom boom, part of a whole art-filled day: dance, installations, sculpture, music. I'm reading at 1:40, one of the eager jets taking off from this literary runway.  Planning on reading Galletas, just because I hardly ever do, and it does that 20 minute thing with room to spare — possibly for a scene from the new book. Always look forward, someone once told me. And keep it neat.

What really gets me going is reading in this old church, on this very very old street, I mean back to the 1680s kind of street. Old French Huguenot and Dutch gravestones tilt and hunker and shrug at each other in the graveyard right outside. New Paltz was founded by the French Huguenots, and Huguenot Street has some kind of honor as the oldest continuously settled neighborhood in the country. That's hundreds and hundreds of years of tricycles, bread, money, old cabbage leaves, cars and horses and worn down boots, winters, falls, rain, heat.

Ulster county has lots of traces of old Dutch around. The buffet at Eng's Chinese Restaurant in Kingston is called the Smorgasbord, and everyone, including three year old tow headed boys, knows how to say it. The Pine Hill Bakery has Dutch shoes decorating the corners, and one nailed to a tree, higher up than anyone could reach. The old French culture, les Walloons, the protestants — is right here too, but often overlooked. But New Paltz is named for a village in Germany that sheltered the Huguenots. It's not Dutch. The name DuBois, not the Blanche kind but the Louis kind — traces right back to one of the first French families. New Rochelle, down south a good ways, is Huguenot. Staten Island's south shore. History is a 9,000 layer cake, baked during endless arguments, conflicts, migrations — so often about the divine. Divine providence as persecution, as run away and settle, as make a deal with the Esopus and build a hut, build another. Hate to ship to water to shore and logs to stones to arts festivals. My mother hated organized religion, bless her atheist modernist soul. But without it, we wouldn't necessarily be here.
Posted by . at 7:54 AM 1 comment: Links to this post

Sublime inhabitants of the world we just visit 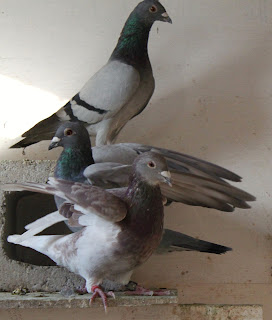 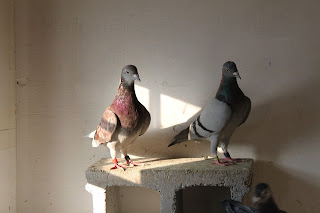 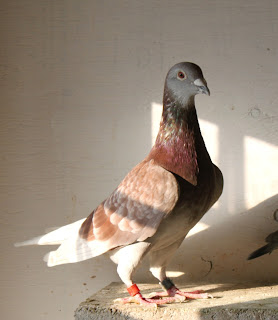 while we place what we can where we can 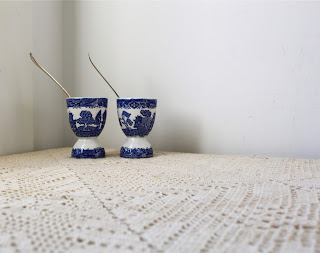 pretending to hope it will stay there 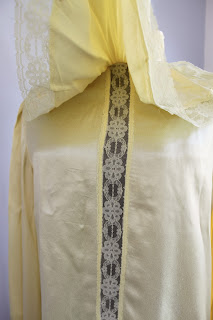 when we'd rather it took to the air
Posted by . at 6:20 PM No comments: Links to this post

Department of Since You Asked: A-okay with Jo-o-Kay 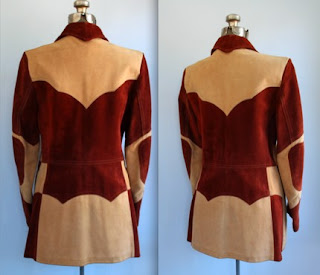 Amazing, and amazingly weird at the same time!! It is so retro, but in such GREAT shape!! Was it yours? Thanks for everything ... Do you know anything about it?
—Feedback from the woman who bought the 1970s Grits n Ham suede jacket, from the luncheonette.

My answer: It wasn't mine, though it would have been if it and I had crossed paths in the past.  Especially if I'd come across it in college, when I was a double major, one of those majors being History, which serves pretty well when it comes to researching a jacket like this.

Nearly everything that comes through the luncheonette gets a pretty thorough working over: I start with the label, go through trademarkia, patent archives,  old ads (often found on *bay), legal records.

From a site on Oklahoma history, I found out that Jo-o-Kay is a trademarked name that isn't in the trademark archives. But it stands for John and Kay (Katherine) Simpler, of Ardmore, Oklahoma. Actually they weren't technically of Ardmore, they were of somewhere else, but they moved to Ardmore in the 1950s, after the owner of the Western Supply Company encouraged them to. Western Supply made leather goods, specifically the hand-tooled kind, and the owner's family and the Simplers would have cookouts every Saturday night once things got going. The suede and leather coat business started, probably, as a discussion over hamburgers on a buggy night. Imagine everyone, filling up on good Okie beef and looking towards fall. Everyone needs a good jacket, after all.

John and Katherine wanted to call it Jo-Kay. But Jockey, already making underwear, paid for them to add an extra o into the name. As if someone might confuse a two-tone, snap-close cowhide leather jacket with a snazzy cowboy yoke for a pair of Y-fronts. At any rate that's what the Simplers did, though locals always called it Jo-Kay.

And here's an excerpt straight from "The Year of the Campus Cowboy" in a 1964 Sports Illustrated:


Rough-out leather jackets, cut, stitched and snapped like a wrangler's denim model, are hotly popular in the West and are now turning up in the East as well. One firm, Jo-O-Kay of Ardmore, Okla., has sold 100,000 of them this year in 42 different models. They are made of brushed cowhide, lined in warm Orion fleece. Mike Irving and Justine Purdy wear rough-outs over snug-fitting cowboy shirts in Ivy League stripes.

Can't find the photo, but here's the caption:

This page, above: Both jackets are by Jo-O-Kay; the man's, in Aztec gold color, is $30, the lady's $29. Both are at Granby's Trading Post; Miller's; Western Ranchmen Outfitters.

Western Ranchmen outfitters is still in Cheyenne, Wyoming. Members of the Simpler family are still in Ardmore, having cookouts. At some point, the Tandy Company bought Corral Sportswear, which carried — or oversaw some aspect of (and this is where the research gets spotty) Jo-o-Kay. At some point Jo-O-Kay began making coats and jackets for Corral. And someone named Simpler — and it might have been John Simpler himself — was interviewed during a National Labor Relations Board Hearing on whether or not the Ardmore plant had conspired against AFL-CIO members who wanted to organize. That was in 1966-1967, when Corral Sportswear's Ardmore Oklahoma plant — at least this is how it's described in the NLRB transcripts — was found guilty of conspiring against union members by the National Labor Relations Board. The union had petitioned to hold an election at the plant, and among the winners were union members then contested, said the NLRB, by management. Managment being a Mr. Simpler. The plant had 96 employees, but there were only 76 voters:

The details of the case are a bit sad: you can imagine the group of employees hoping to do some good, imagine Mr. Simpler hoping to stave off changes that might lose him money, imagine the Union lawyers interviewing him, cross-examining him, when all he wants to do is go home and have a good steak. And it gives you a glimpse into how coats like this were made, by patternmakers, and cutters, and finishers, and linegirls, and a tiny shipping department, and by women with names like Myrtha Heartsill and Velma Trent.

And that's what I found out about the Grits n Ham jacket.
Posted by . at 6:42 PM 4 comments: Links to this post