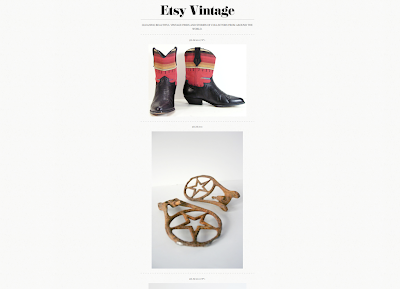 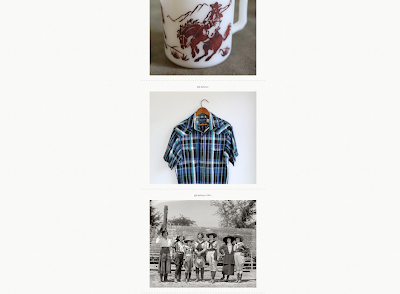 Hot Dog Champion shirt featured on Etsy Vintage Tumblr
Today's etsy vintage tumblr was like the 1940s meets the 1970s meets 2011 meets a whole herd of terrific vintage with a coltish western theme. Did I know, to be honest, that there was a vintage tumblr run by Etsy? Not so much. Like I didn't know until yesterday that you can make a kick-ass ice cream soda using mint chocolate chip ice cream and espresso ice cream, so long as you add a bunch of chocolate syrup.

The sweetheart who runs the tumblr thing got in touch with me, and of course I got all grinning palomino about it. The shirt is one of a small band of plaid button-ups and pearl snaps at luncheonette vintage. Lately I've really been into Western shirts. Mostly hanging them up on a 1940s hanger and taking their pictures. 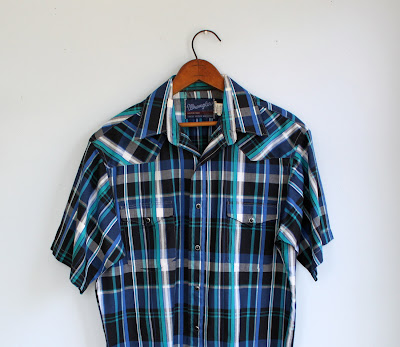 And I'd say button down shirt, but Mom always said that button down referred not to the entire shirt, but merely the collar. Pearl snap I am sure you get, I mean git, the idea. I'm still not sure if she was right. But she would say, Of course I am. Translation: noone knows how to speak anymore.

Some of the other shirts in the barn, I mean shop: